Pattern Description: Super-chic but oh-so-simple T-Shirts are designed for T-Shirt or sweater knits with a little stretch: perfect for mixing prints for a funky look! Relaxed-fit T-Shirts have a very slightly A-line shape, with a scooped neckline. Short-sleeved T-Shirt has center front & back seams; 3/4 sleeved T-Shirt has a bias-cut breast pocket. Both styles feature a bias-cut neckband, deep hems and optional cover-stitch trim.

Did it look like the photo/drawing on the pattern envelope once you were done sewing with it? Yes, I think they looked fairly similar exceptig I left off the pocket.

What did you particularly like or dislike about the pattern? It lends itself to lots of differet looks depending on the knit used.
It is a bit tricky getting the neckband on with the right tension. My first attempt was the most successful, because it was made from a slinky type knit that had plenty of stretch.
My second version was from a terry knit with not a lot of stretch, so the neckband piece was too short.
My third version was from a striped merino jersey. I lengthened the neckband piece slightly, but this ended up being too much and would have probably been fine with the original neckband length.

Fabric Used: A slinky knit, that I’ve finally got to the end of! 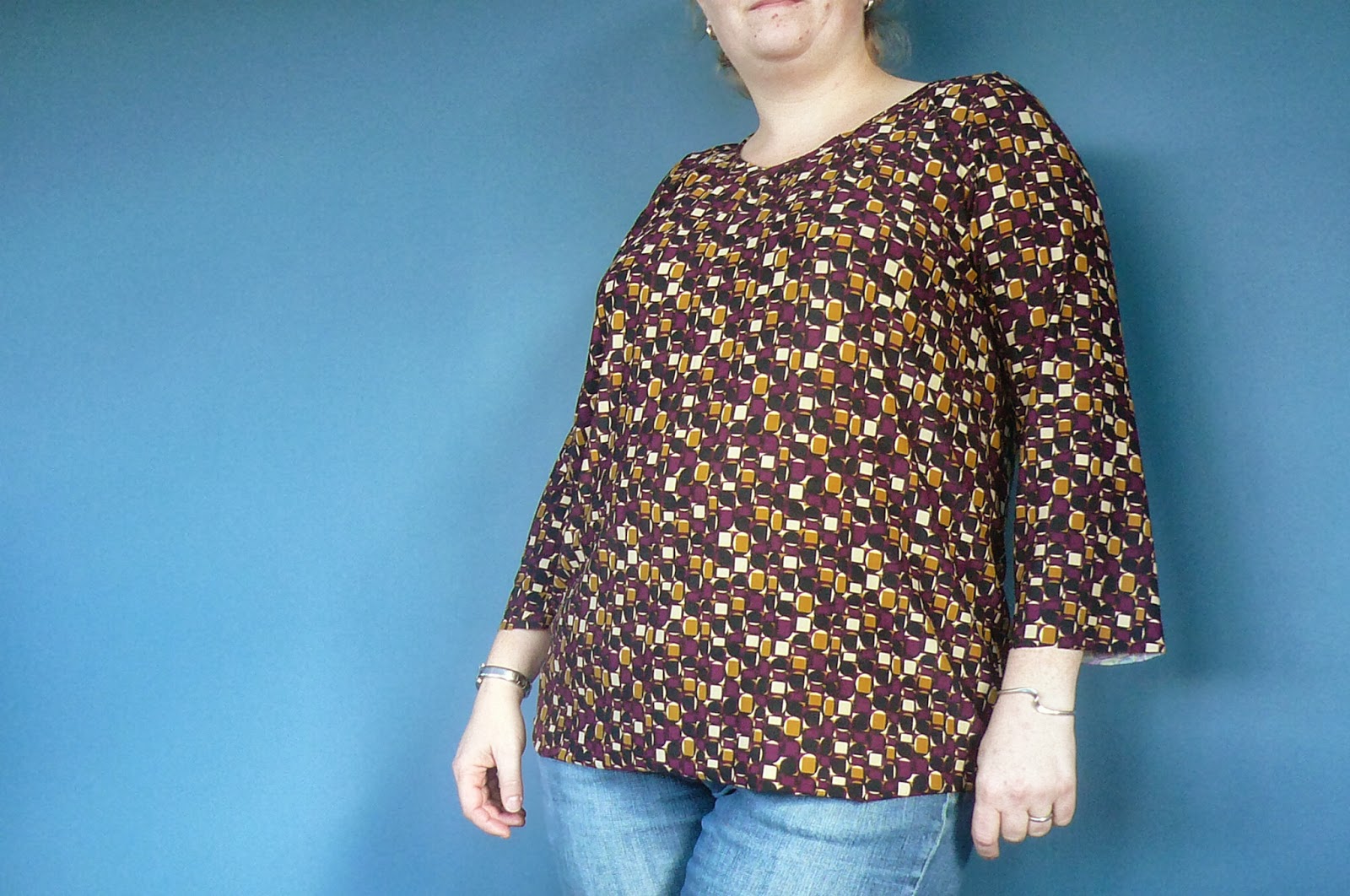 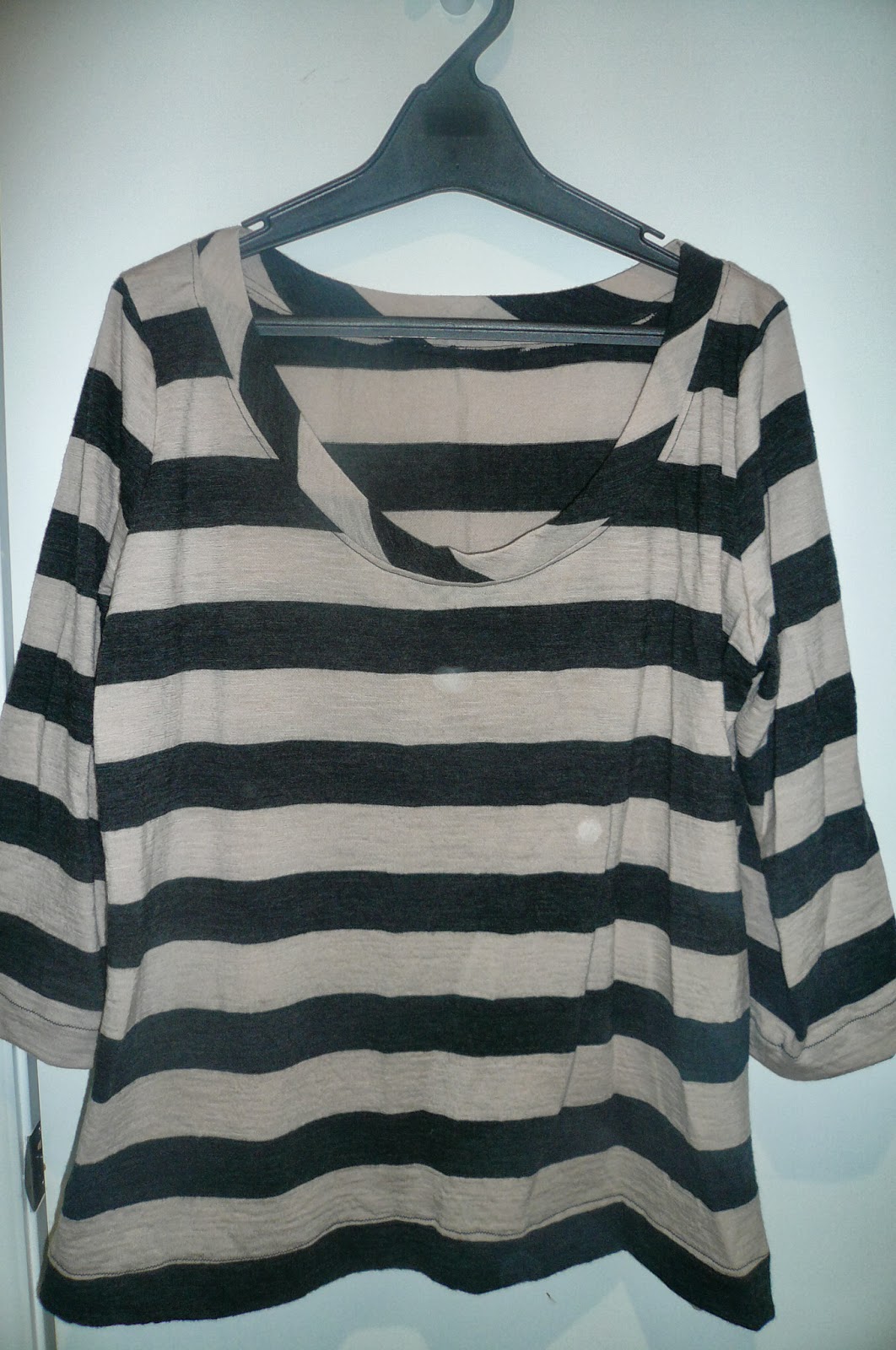 Pattern alterations or any design changes you made: My first version was a size 16, as per my measurements. This felt just a bit too big.
For my next two versions I sized down to a 14, which felt like a much better fit to me.

Would you sew it again?  Yes, I’ve made this three times already, and will definitely make it again.

Conclusion: A good basic tee for my wardrobe.